Jackson W, a 56 year old male, is president and CEO of a large company.  When he consulted me it was due to his habit of smoking 2 packs of cigarettes a day for the past 45 years.  Now he has shortness of breath and heart palpitations and he is afraid he may have lung cancer.  He came to me hoping I could help him quit.

He is a heavy-set man who comes down hard on his feet and legs while walking, he has yellowish facial skin and smells of cigarettes, especially on his breath.  He says he feels energetic and, by listening to his lungs, I ascertained there was no wheeze, no cloud sound from the lung and his heartbeat was normal.  In giving his history, Jackson told me he had been in the army, and after his tour of duty returned to the United States where he started to work.  Since he never went to college, he knew he had to work extremely hard to beat his competitors, and he roused both himself and his son, by telephone as he worked in a different city, at six .am., at which time he went to work, often not returning home until 10 p.m.  He worked like this seven days a week which, in the beginning was doable.  However, recently, he felt he did not have the stamina to keep up this schedule, and he was afraid he might die of smoking and working so hard, to he came to me for help.

I discussed with Jackson the absolute necessity to stop smoking, because cigarettes contain the drug nicotine, which is as highly addictive as heroin or cocaine.  Over time, the smoker becomes physically and emotionally to it and totally dependent on nicotine.  Many men think nicotine gives them the energy to support their lives, while many women believe cigarettes make and keep them thin.  Studies have shown that smokers must deal with both physical and psychological dependence to be successful at quitting and staying quit. 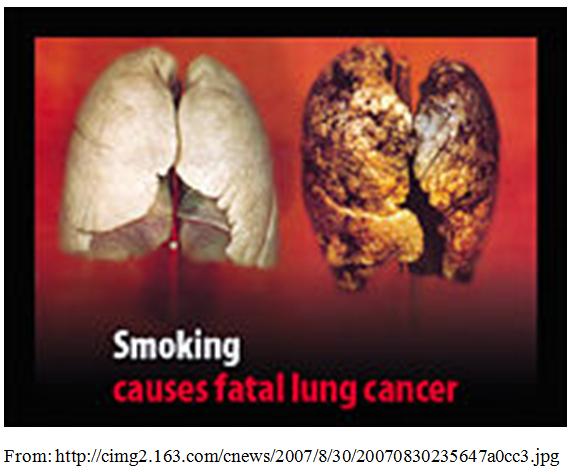 When a smoker inhales, nicotine is carried deep into the lungs where it is absorbed quickly into the bloodstream and carried throughout the body.  Nicotine affects many parts of the body, including the heart and blood vessels, hormonal system, metabolism and brain.  Nicotine can be found in breast milk and even in cervix mucus secretions of smokers.  Nicotine can freely enter the placenta during pregnancy and affect newborn infants.

Nicotine produces pleasant feelings that makes the smoker want to smoke more and more, and after awhile the smoker develops a tolerance to it, which brings an increase in smoking over time.  The smoker reaches a certain nicotine lever and then smokes to maintain this level.

Currently all medical research indicates that many severe diseases are caused by smoking.  These include bronchitis, emphysema and even lung cancer, which makes many smokers try to cut back or quit altogether.  However, as soon as the smoker actually does quit  – for a few hours or a few days – withdrawal symptoms occur, including dizziness, depression, feelings of frustration, impatience, anger, irritability, sleep disturbance, increased appetite, trouble concentrating, headache, tiredness and restlessness.  All these symptoms can lead to the smoker starting again in order to boost blood levels of cigarettes back to the level where there are none of these symptoms.

I discussed all these issues about health with Jackson in an effort to make him understand why he must quit.

1.  Almost everyone understands that smoking can cause lung cancer, however, many other cancers can be introduced through smoking: cancer of the mouth, vocal cord, affecting the larynx, throat, pharynx, esophagus, bladder, kidneys, pancreas, cervix, stomach and leukemia.

(1) Auricular acupuncture treatment, i.e. Ear embedding needles.  First we find the most painful points on the ear, those usually corresponding to the heart and sympathetic system. I regularly use Sheng Meng, Heart, Lung, Endocrine and Large Intestine. I insert the needles at the auricular points.  These needles stay in  the ear for seven days and every day the patient presses the needles for 4 to 5 minutes per hour, which lessens the craving for the nicotine in a cigarette.  He also presses the needles anytime he gets the urge to smoke.  It is possible to bathe or shower with the needles imbedded in the ear, but the patient must be on the alert for any signs of inflammation or infection.

(2) Laser treatment. Laser needles can also be used on the auricular acupuncture points. aiming directly at the ear for usually 2 to 3 mm.  For each treatment, four pints are used for 15 minutes each time, with the total treatment about 25 to 30 minute.  This is done 3 times a week for 4 to 8 weeks.

Jackson was treated with both ear and body acupuncture.  He had three treatments a week for eight weeks, and after the first week he reduced his intake to one pack of cigarettes a day and the second week he stopped smoking. After the total time of eight weeks he was completely off cigarettes.

In my experience, the first two weeks are the most crucial time for the patient, because the nicotine withdrawal syndrome is the most severe and the patient is depressed, agitated, sometimes anxious and suffering from insomnia, and any of these can cause a return to smoking.  If I treat the patient with ear acupuncture, he can constantly press the needles embedded in the ear, which will decrease his craving for a cigarette and will enforce the psychological support. If the patient knows all the consequences of smoking, and desires to quit, he usually can do so with acupuncture.  Most succeed with the right attitude toward the consequences of continuing to smoke.

A team of physician working to ensure you receive the best treatment.

Copyright 2020 by BoldThemes. All rights reserved.